Nutcote is the name of the house designed for renowned Australian children’s author and illustrator May Gibbs and her husband James Ossili Kelly by Sydney architect BJ Waterhouse in 1924. The house, which would have ‘compactness, convenience and charm’ was built on land at Neutral Bay on the shores of Sydney Harbour, and completed in 1925. 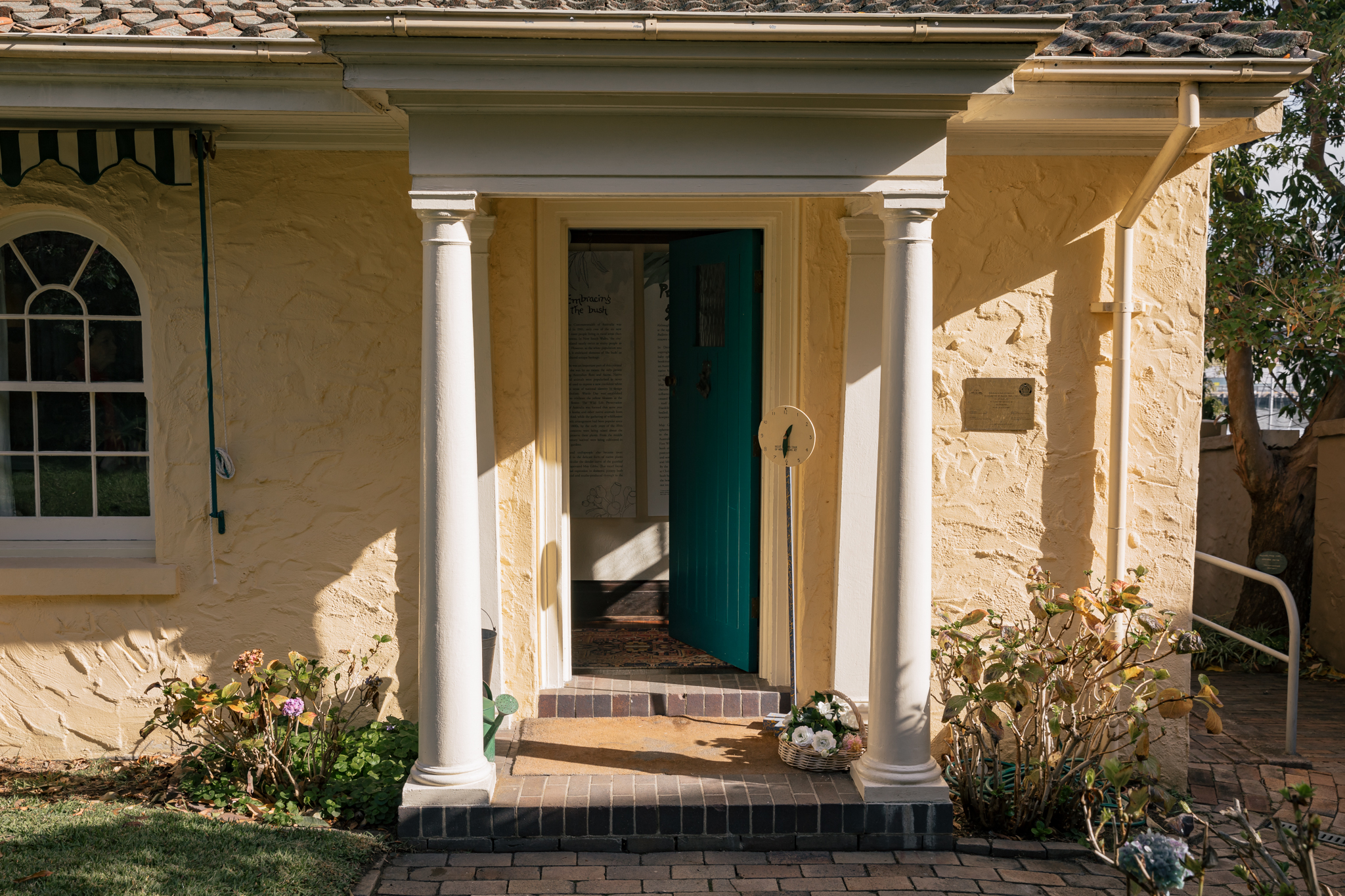 Nutcote is the name of the house which renowned Australian children’s author and illustrator May Gibbs and her husband James Ossoli Kelly commissioned from fashionable Sydney architect BJ Waterhouse in 1924. The plot of land was found for May Gibbs by her mother, Mrs Cecilia Gibbs in 1922 on the foreshore of Sydney Harbour. May’s instructions to BJ Waterhouse were to design and build a house which would have ‘compactness, convenience and charm’. It was purchased for 1,365 pounds with a 500 pound deposit.

The final design, completed in 1924, was one of the smallest residences ever designed by Waterhouse, who later suggested that May name the house ‘Nutcote’. Construction was completed by the builder F E Gray, in 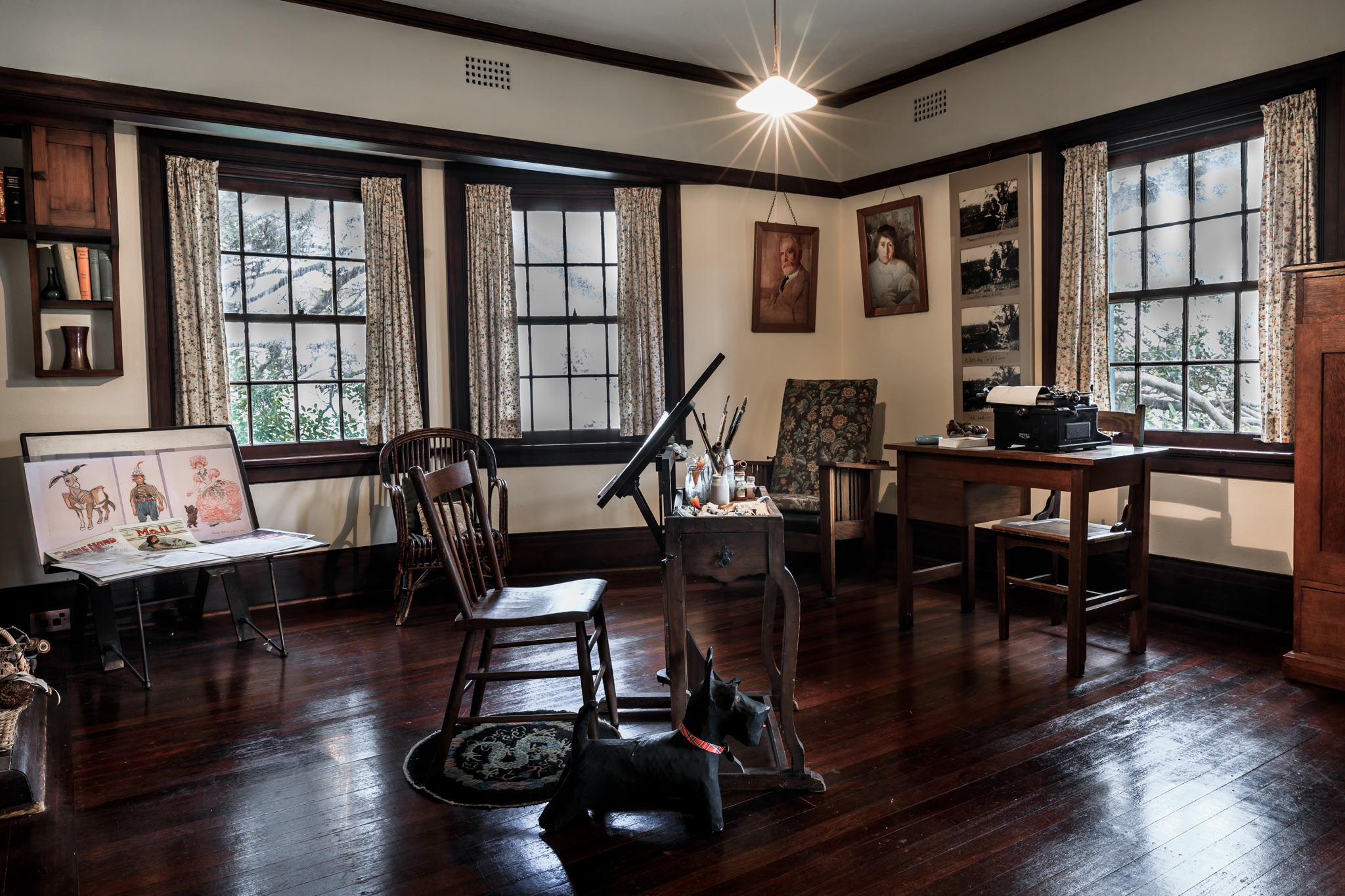 1925, when May was 48 years old and the total investment in the site and house by then was 5,000 pounds, with the property being mortgaged until 1953. The house was specifically designed to accommodate May’s studio and reflected her lifestyle, needs and priorities.

Nutcote is a unique departure from BJ Waterhouse’s usual Arts and Craft style houses and can be described as of Mediterranean style. On a steep slope running to the waterfront, its studio overlooks native Australian trees and shrubs. The interior has the Early English/Baronial character favoured by Waterhouse with the generous use of dark stained timber joinery and built-ins of either Californian redwood or cedar. The flooring is the original jarrah timber. It features a long living room with arched windows at either end, carved rafters, recessed bookshelves and rough cast stone-coloured walls, opening onto the balcony where large arches and iron railings frame the bay. The studio, with its double doors off the living room and interconnected with the dressing room and bedroom, reflects the central role of her art in the lives of May Gibbs and her husband. 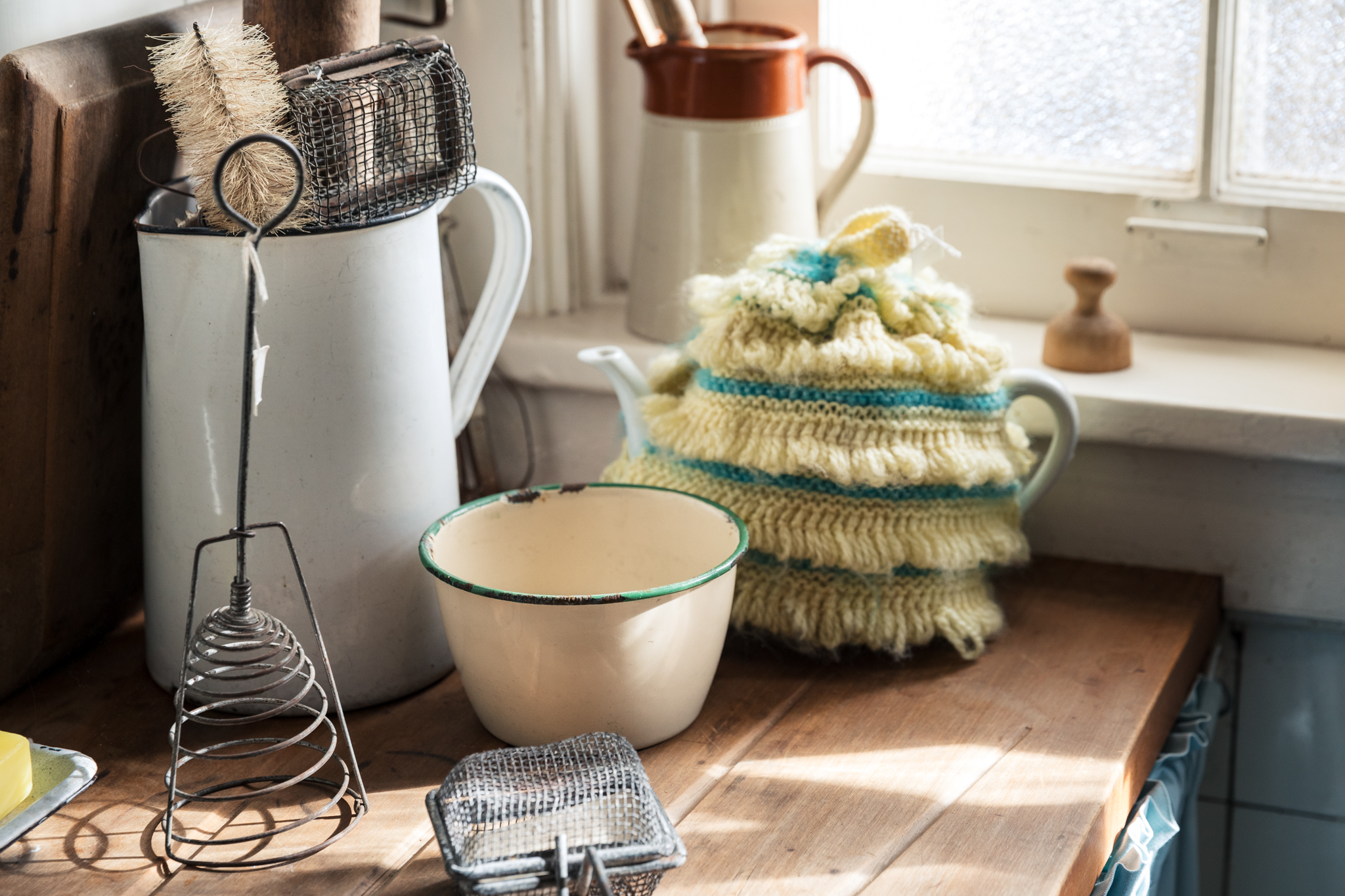 In 1928 a double garage was built towards the front of the property. This too was designed by BJ Waterhouse and ‘sat’ sympathetically with the main house on the site. The garage, built for the sum of 400 pounds, housed May’s motor car, a Dodge, ‘the Dodgem’ in which she would make trips to the Blue Mountains, and other areas.

May Gibbs lived at Nutcote for 44 years, creating the Bib and Bub comic strip from 1924 until 1967. Inspiration for her work was taken from the bush in Western Australia which she knew as a child, and from around Sydney and the Blue Mountains. From the 1950s her own Gardens increasingly provided the stimulus for her work. The death of her husband in 1939, her father in 1940 and many of her close friends during the post-war years gradually led May into the life of a recluse. It is probable that unsympathetic reprints of her work and increasing poverty increased her desire for isolation. Three new works were to appear in later years: Scotty in Gumnut Land (1941), Mr and Mrs Bear and Friends (1943) and Prince Dandelion (1953). May Gibbs lived at Nutcote until close to her death on 27 November 1969. 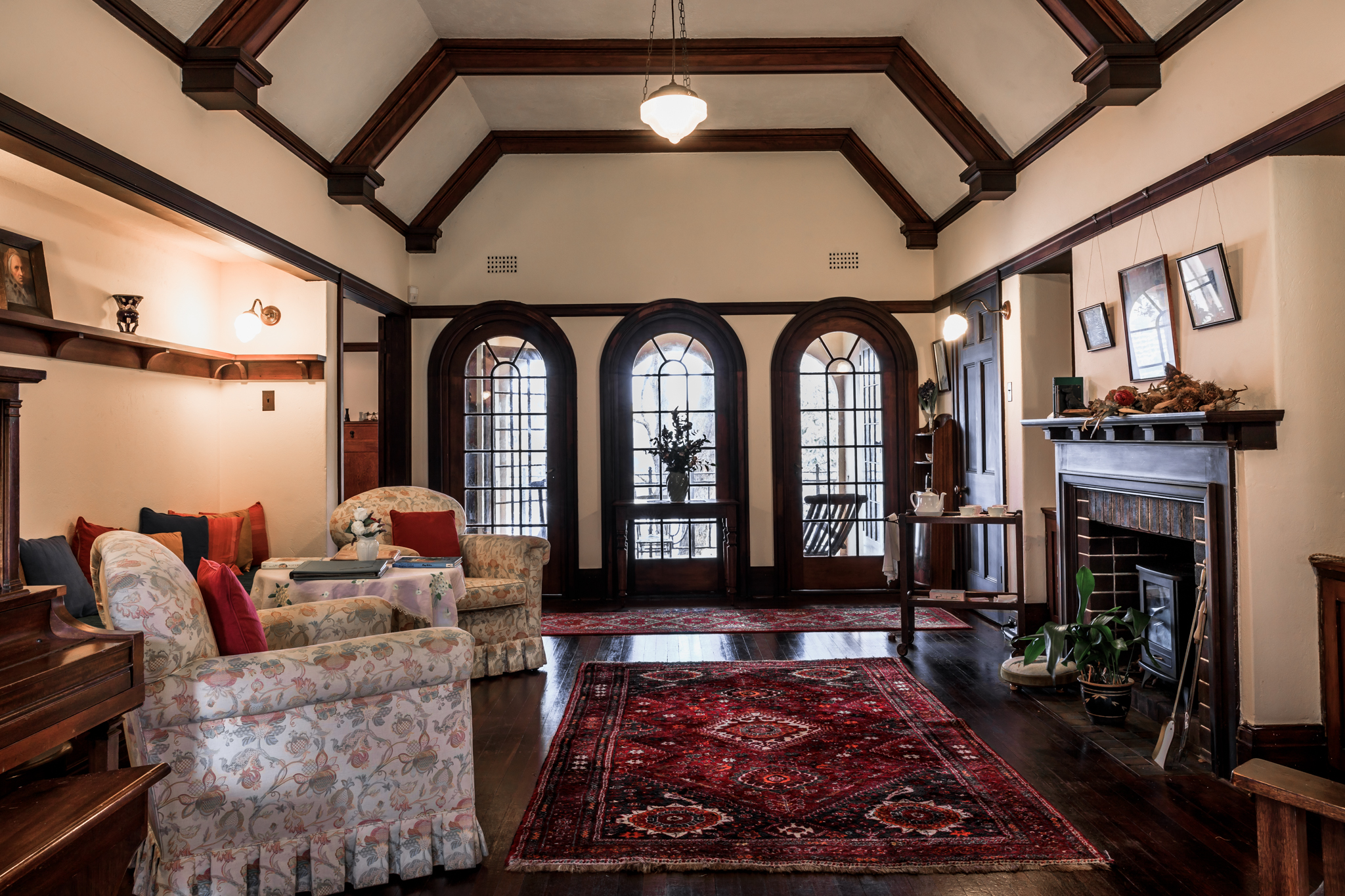 On her death, May Gibbs left her home to the United Nations International Children’s Emergency Fund (UNICEF) which, under its Charter, was unable to hold property. The house and contents were sold at public auction in 1970. Later owners were interested in demolishing and developing the site. In 1987, concerned relatives and friends formed the May Gibbs Foundation and the community battle to save it began, becoming a nationwide campaign to ‘Save Nutcote for the Nation’. The May Gibbs Foundation succeeded in saving the house, which had remained largely unaltered, protected by a Permanent Conservation Order and were also successful in having it placed on the Register of the National Estate.

Convinced by the widespread support for the campaign, North Sydney Municipal Council purchased Nutcote for $2.86m in 1990. The May Gibbs Foundation became The Nutcote Trust and they rented Nutcote from North Sydney Council restoring  the house as it would have looked in the late 1920s and early 1930s. This period was chosen due to the evidence available. Some background sources included her husband’s diaries and letters, photographs of the house by the occupants, photographs taken by Harold Cazneaux for an article about Nutcote for the magazine, Australian Home Beautiful in 1926 and oral histories from family and friends. Nutcote opened to the public in 1994.