The story of May Gibbs

Cecilia May Gibbs was one of Australia’s foremost children’s authors and illustrators and is best known today for the iconic Australian children’s story, The Complete Adventures of Snugglepot and Cuddlepie, featuring two gumnut babies and their escape from the big bad Banksia men.

May Gibbs was born on 17 January 1877 in Sydenham, Kent, in England. Her parents, Herbert William Gibbs and her mother Cecilia Rogers migrated to Australia when May was only four years old – firstly to South Australia and then to Western Australia, settling in South Perth.

When she was 23, May returned to England to pursue her art studies, coming back to Perth in 1904. Over the next five years, she wrote articles and provided illustrations and cartoons for the Western Mail newspaper before deciding to return to England in 1909. Here she continued her art studies, wrote articles, worked as an illustrator and drew cartoons for the Common Cause, a suffragette publication. Her first book About Us, was published in 1912 – a children’s fantasy story about life among the chimney pots of London.

May returned to Australia in 1913, finally settling in Sydney, New South Wales. She earned her living by providing illustrations for the New South Wales Department of Public Instruction, contributing to Lone Hand, and designing covers for the Sydney Mail. In 1916 she published Gumnut Babies, the first of the Gumnut books she wrote and illustrated. She also wrote other books, designed postcards to be sent to soldiers in World War One, and designed and sold book-marks, small calendars and other novelties with gumnut and blossom baby illustrations. Her work was extremely popular and her book Snugglepot and Cuddlepie (1918) sold 17,000 copies on its first release. It has never been out of print and is available from our Gift Shop.

In 1919 May married mining agent Bertram James Ossoli Kelly. They employed architect BJ Waterhouse to design a house, Nutcote, for them on the shores of Neutral Bay, Sydney, which was completed in 1925. 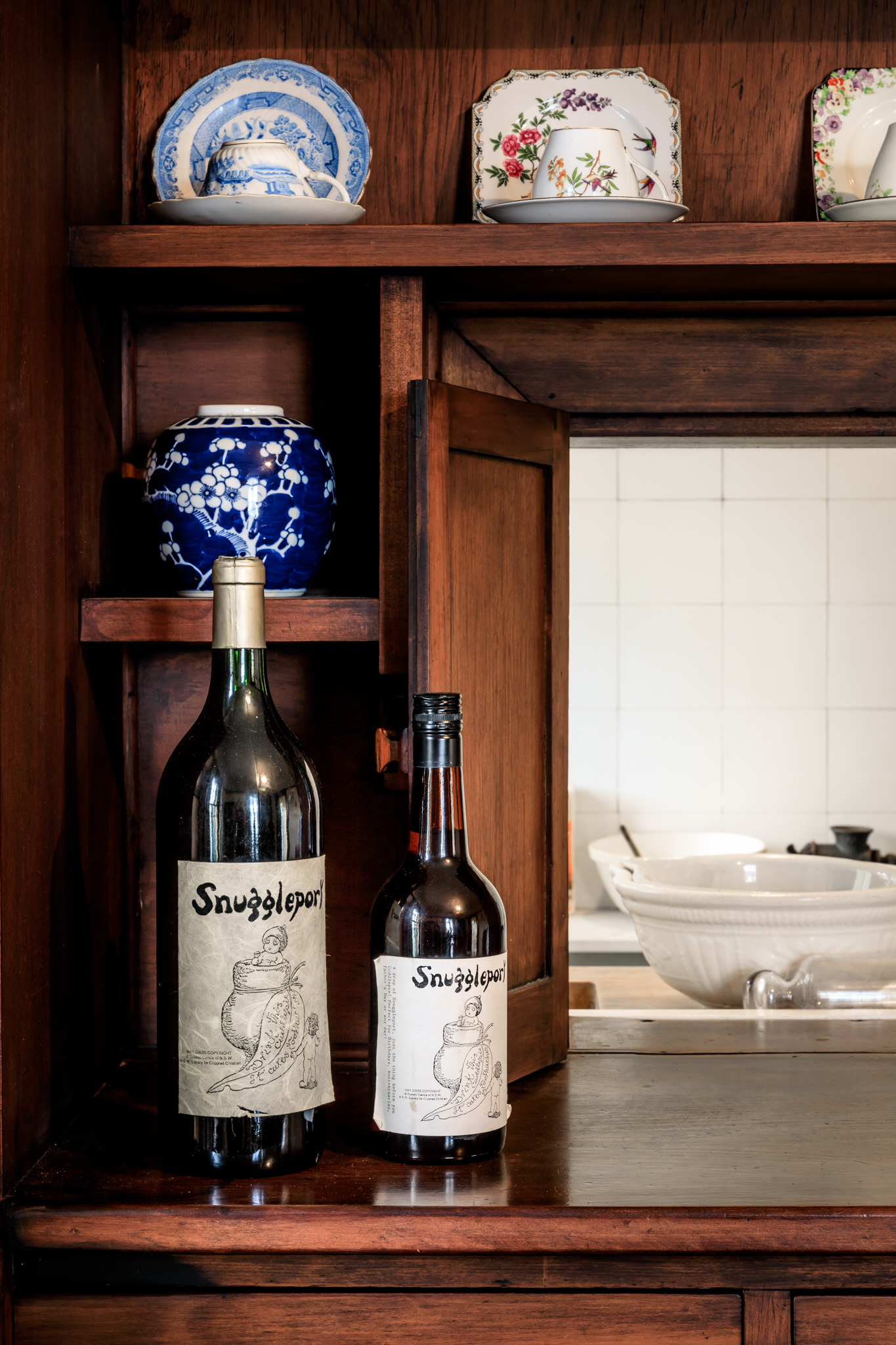 May pursued her career as an author and illustrator, publishing Little Ragged Blossom (1920) and Little Obelia (1921). Her gumnuts, blossom babies and bad Banksia men were to delight generations of children. On 3 August 1924, her first Bib and Bub comic strip was published in the Sydney Sunday News, running until 1967. In 1925-31, her second comic strip Tiggy Touchwood, was published in the Sunday Sun under the pseudonym, ‘Stan Cottman’. She also wrote a weekly column, Gumnut Gossip.

May Gibbs published Nuttybub and Nittersing in 1923 and Two Little Gum-Nuts, Chucklebud & Wunkydoo in 1929. All her books were reissued and five cartoon books of Bib and Bub appeared. However, she never recovered financially from the Great Depression, which disrupted negotiations for selling her work in England and the United States of America and for screen rights. After her husband died in 1939, she lived on at Nutcote with her dogs (usually Scottish terriers) and published Scotty in Gumnut Land (1941), Mr. and Mrs. Bear and Friends (1943) and her last book Prince Dande Lion in 1953. In 1955 she was appointed Member of the British Empire.

May Gibbs died without having had children, in Sydney on 27 November 1969. She bequeathed all her papers and copyrights to the New South Wales Society for Crippled Children (now Northcott Disability Services) and the Spastic Centre of New South Wales (now Cerebral Palsy Alliance) and the residue of her estate, valued for probate at £42,532, to the United Nations International Children’s Emergency Fund (UNICEF).